“The dream is becoming a reality.”   – Don King speaking after he had negotiated the option agreements he needed to stage the Rumble in the Jungle in 1974. 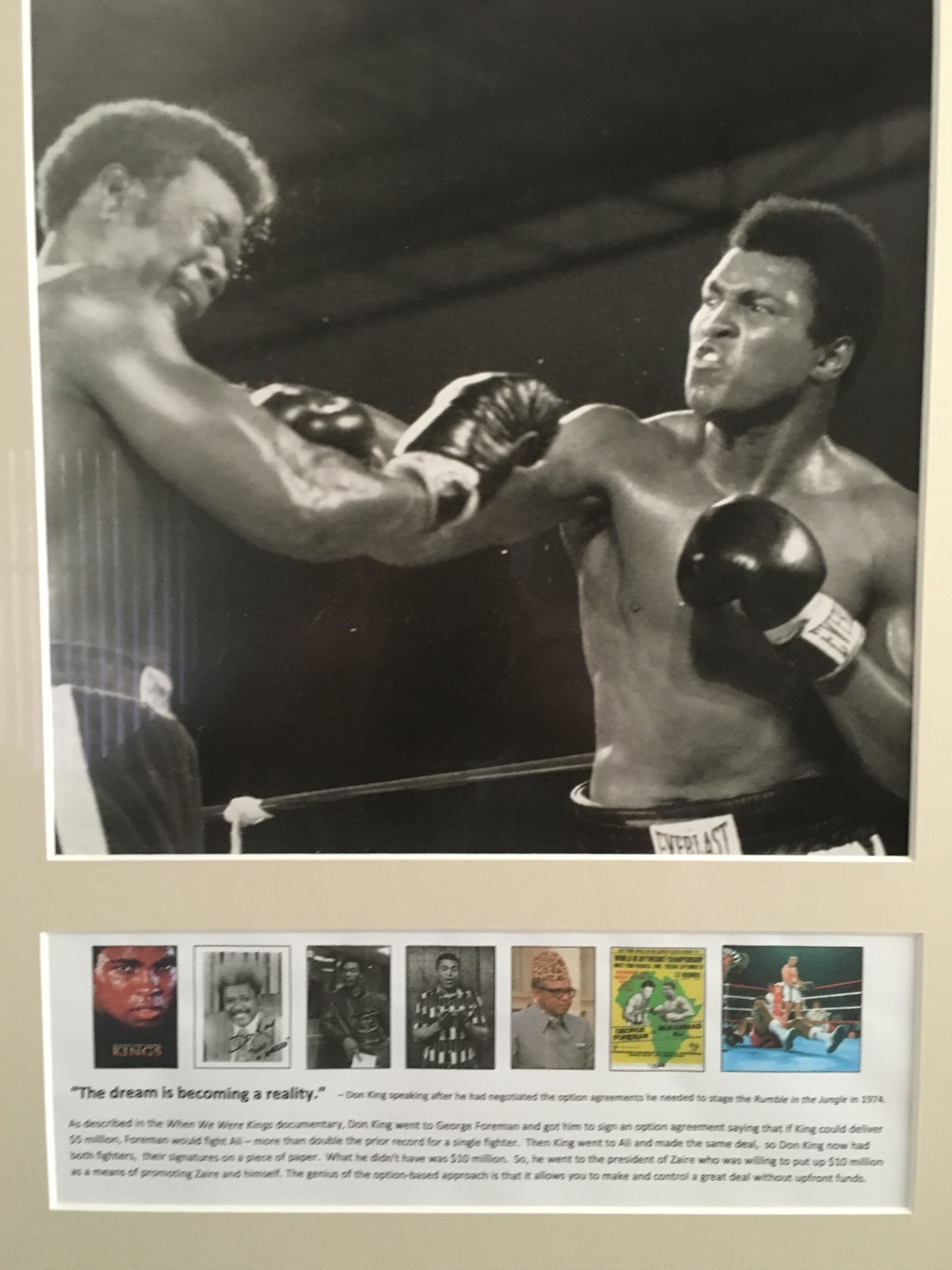 As described in the When We Were Kings documentary, Don King went to George Foreman and got him to sign an option agreement saying that if King could deliver $5 million, Foreman would fight Ali – more than double the prior record for a single fighter.

Then King went to Ali and made the same deal.  So, Don King now had agreements with both fighters and their signatures on two pieces of paper.  What he didn't have was $10 million.

So, he went to the president of Zaire who was willing to put up $10 million as a means of promoting Zaire and himself.

The genius of the option-based approach is that it allows you to make and control a great deal without any upfront funds.

Altura Ventures is run by Lee Lorenzen who has founded, funded and/or had fun running over 30 software start-ups and non-profit corporations.

Several of these companies have grown to be significant players in their industries and been sold for multiple millions of dollars - thereby creating significant wealth for their founders, team members and investors.

Please feel free to contact us with any questions or comments about your own entrepreneurial challenges and/or our offer to help you turn your vision into reality.